How OneWeb Plans to Provide Internet Access to the World 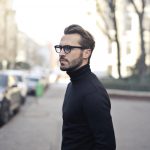 OneWeb, one of the leading global satellite internet service providers, has reiterated its plans to expand internet access to the whole world. The company is looking to use the latest satellite technology to connect half of the world’s population, which at the moment cannot access the internet.

Having already commenced mass production of satellites in their station at Florida, OneWeb wants to use the high-performance satellites to ensure fast internet for everyone. It operates on a view that space is a shared resource that needs responsible use. It has, therefore, collaborated with Airbus to help transform the way people live, communicate, and work.

OneWeb CEO, Adrian Steckel said, “OneWeb company will operate small satellites on the space, connected to several stations on the ground. We have already established stations in several countries like Norway, Canada, and Italy.”

Currently, the company is in a high position to become the best satellite internet supplier in the world. They have received considerable investment money from several big companies. Coca-Cola, Airbus, Virgin Group, Qualcomm, among others, have partnered with OneWeb on the project. According to the founder, Greg Wyler, the company has raised roughly over $billion in venture funding. This will ensure fast growth.

If successful, the project would revolutionize how the world connects and interacts. OneWeb intends to connect even the remotest of places in the world. The internet will transform how schools, hospitals, and other organizations operate. This would significantly bridge the current divide from the developing and the developed countries.

The other impact of successful satellite internet installation is on disaster management and discovery. Unlike the fiber optics that run on the ground and get damaged during a disaster, satellite internet hangs above the grounds. This enables users to access the internet even after disasters like earthquakes and extensive fire. The need for fewer satellites over a large area also makes it possible to reach extended affected areas.

OneWeb has carried out several intensive research so far, with quite impressive results on internet speeds and power control. The company is likely to achieve smooth satellite operations and handover, with low latency of around 40 milliseconds and accurate antenna tracking and pointing. Its internet comes with impressive speeds of up to 400mps.

With over 48% of the Arctic lacking any considerable broadband coverage, the area will be the first to benefit from the OneWeb’s partial low earth orbit constellations.

The project that is set for launch in 2020 seeks to provide 24-hour connection in the whole region by early 2021. The link, when complete, will give a stable internet connection across schools, homes, and several means of transportation in the area.

Challenges in Providing the Internet

The project by OneWeb is not the first time a company is seeking to use satellites for internet connections. High costs are one of the main reasons for the failure of the earlier projects. Teledesic, founded by Bill Gates, was the first company ever to seek to expand the internet reach using satellites. It abandoned the plans when the costs ran into billions of dollars in the mid-1990s. The other companies were Globalstar and Iridium, which both ended up filing for bankruptcy.

Addressing the high-cost concerns, Adrian said the advancements in technology have made it affordable to install and operate the machines. When comparing the prices, he said that the cost of installing new satellites had reduced by around 30% compared to the time of OneWeb’s first installations. The rockets are also getting bigger to carry more satellites. These trends will keep on with costs going even lower.

While most people the world over have embraced the prospects of global internet connections, astronomers have raised the issue with the possibility of space pollution. Satellites shine brightly and even visible through the eyes. The astronomers believe many satellites would obstruct the field of view of the universe through contamination. These can have far-reaching impacts and will take a longer duration to clear. Currently, there are already over 5000 satellites in the world and OneWeb intends to add 2000 more.

Talking about the pollution concerns, Mr. Steckel acknowledged the possible space emissions that come with running the satellites. OneWeb’s satellites fly further than the other satellites. Unlike the other satellites that run 550km above the earth’s surface, OneWeb’s are suspended up to 1200km above. This ensures a clear field of visibility for the astronomers and to avoid a collision. The company is also cooperating with the government to implement ways of making sure the satellites integrate entirely in case of crashes. Besides, it has embedded multiple removal technology on the spacecraft to prevent the formation of debris on the space.

The other concern that OneWeb faces is the stiff competition from the other satellite companies. Companies like SpaceX by Elon Musk and Jeff Bezos’ Amazon are also on the race to offer satellite broadband internet. Besides, there exists other operating satellite internet service providers like Viasat and HughesNet.

From OneWeb’s position, they acknowledge the presence of the competition and believe they have what it takes to be the best. Speaking about the competition, Mr. Steckel recognized the difference in technologies and priorities by the different companies.

OneWeb’s primary goal is to provide the internet to almost half of the global population that currently lack access. However stiff the competition might be, OneWeb is charging ahead to accomplish their goals.

From all indications, the OneWeb’s satellite internet project will be successful.

The Story of a Revolution in Space

The internet will create so many opportunities in the future, so all who you are already online should be ready with digital marketing skills (learn at https://university.seekahost.com/) and be ready to become a digital nomad like Fernando Raymond

You can read about the digital nomad lifestyle at https://www.fernandoraymond.com/blog/